I honestly thought Australia would be able to get Covid under control like they had before, but the anti-lockdown brigade seems determined to let it run rampant.

@SlowRain Australia seems to be a police state right now, very destopian, too destopian for my taste.

@nomadbynature
Seriously? Aren't you living behind the Great Firewall, in the country that's throwing Hongkongers in jail, controls the press, & tramples any & all dissent?

@SlowRain it wasn't a comparison, so don't treat it as such. The fact that one entity does something wrong, doesn't mean that everyone else is right. Plus, I'm in Poland at the moment 🙃

@nomadbynature
It's just that I'm struggling to reconcile Australia as a police state & destopian. They're more Americanized now than they are British, & they're no New Zealand, but they have more positives than negatives.

@SlowRain I'm specifically talking about the lockdowns and hardcore crackdown on demonstrations. It's very scary if you're not allowed to get out of your own house for weeks on end. It's also scary not to be able to speak your mind or go against official policies/opinions (and again, it's not a comparison to any other country/entity).

@nomadbynature
The lockdowns & not allowing demonstrations are not to suppress opposition & keep the ruling party in power. It's for the very real protection of the people. The only countries beating Covid are the ones taking it seriously as a threat. The ones failing to beat it are the ones with uninformed governments & citizens. Australia is losing the battle right now because of their citizens.

@SlowRain yes, yes, everything for safety🙄 Well, you can't be safe all the time. 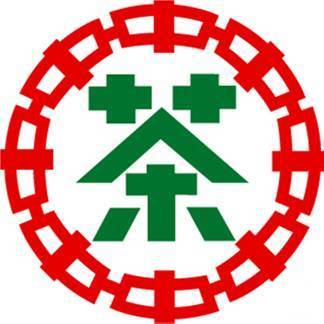 @nomadbynature @SlowRain Even if we could vaccinate every human, there are now many other species among whom covid is endemic. So covid can’t be eradicated and will continue to mutate.

So it’s necessary to balance the likely suffering any lockdown can avert against the suffering it is likely to cause. I’m not saying this is easy, but there’s no way around it.

@babelcarp agreed, and there are many, many unintended consequences of lockdowns.
You might disagree with me on that, but I think lockdowns were never worth it.

The covid cat is out of the bag and we can't put it back inside.
@SlowRain

@nomadbynature @babelcarp
No, most countries can't put it back in the bag, but we can certainly limit its reach much more than we're currently doing, & without anything as onerous as a hard lockdown. But people would protest that too. Resilience & determination among the general populace are sorely lacking in the 21st century.

@SlowRain I wonder what end do you see to all these lockdowns? Like I said the cat is out of the bag, not going back in.
You live in a first world thinking bubble, it's a rather selfish bubble I might add. @babelcarp

@nomadbynature @babelcarp
I think you spelled "selfless" incorrectly, as I don't mind sacrificing my conveniences for the common good.

Lockdowns just need to be long enough to break the chain of infection, get the symptomatic quarantined & treated, trace & test their contacts, & implement safety protocols for when the lockdown slowly eases.

Developing countries will have to implement a system that allows for work amid whatever precautions they can reasonably take--but at a higher human cost.

@SlowRain easy to say for a person who (excuse my presumption), has no hardship putting food on the table. @babelcarp

@nomadbynature
It's pretty hard to put food on the table when one is sick & wheezing in bed or when one is dead.

@SlowRain your logic goes: 'doesn't matter what kills you, as long as it's not covid'. 👏👏👏

@nomadbynature
No. My logic goes along the lines of keeping the number of deaths, Covid or otherwise, to an absolute minimum, but sacrificing conveniences & money to do so.

@SlowRain not your own I guess, but that's fine, everyone is selfish, just in different ways.

I for one, prefer to make my own decisions about my own safety.

@nomadbynature
We went through a soft lockdown here, but I was prepared for-- would have supported--a hard lockdown. My earnings are down, & I've had to spend more money getting equipment for online teaching. I've had to stay indoors when I would've liked to have gone out. I didn't mind making those sacrifices because it was the right thing to do. But we went semi-hard for a short period of time, & now it's better.

The difference is this, though. I'm actually not overly concerned about my own safety (or finances, for that matter). I make my decisions based on the safety of the people around me--principally my students. I'll let you decide if that's "ish" or "less" following "self".

@nomadbynature
Even so, don't completely close yourself off to adopting a more selfless mindset in the future. You may not be open to it at this point, but if you do some reading about how this virus is spreading & talk with other knowledgeable people, you may come to a different point of view.

@SlowRain I'm glad you're staying home for my safety 👍🏻 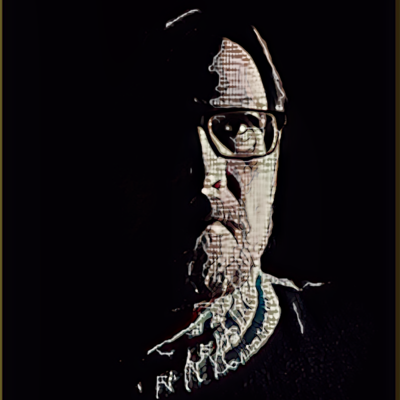 I guess the differences between Poland and Australia make the comparisons baseless, because there costs and gains from lockdowns would be widely different too.

The case mortality from Covid, judging on Iceland data (where they tested the most people, so presumably it didn't miss a lot of cases) is 0.3%. Why I use Iceland: because if you do not test enough people, only the severe cases, then obviously it would inflate the mortality. But let's say it's half of percent, not 0.3%. On Diamond Princess 9 out of 700 died (i.e. almost 1.3%), but those were people, I've heard and read, who were not representative of general population (significantly older, or so I've read: "The median age of the crew was 36 while the median age of the passengers was 69").

38 millions citizens in Poland * 0.005 is 190.000. Obviously, this is impossible that everyone in Poland would catch Covid, so this is theoretical maximum mortality. With Iceland numbers (0.003 instead of 0.005), and assuming herd immunity would be achieved at 80%, the expected mortality would be 91.000.

The current mortality is 75.000. We had hard lockdown initially, then it was relaxed and well... We have almost 40% of maximum theoretical mortality, or 82% of reasonable expected mortality.

This numbers could be attacked by pointing out, that Iceland mortality could be much worse with hospitals overwhelmed, which would be a reasonable objection. However, the point is, with hard lockdown, mask mandates, vaccination campaign etc we nevertheless have almost as many deaths as without them and it seems new hard measures would have reduced gains relative to costs.

Unless you believe reinfection is much more common that reported.

For Australia, I guess, it's really different. Theoretical maximum mortality would be 120.000 (assuming case mortality of 0.005), and official death count is below thousand. Obviously, to keep that number low, you would have to put permanent border restrictions to prevent travel from countries where CV will become more or less endemic, plus probably you would have introduce a new, annual tradition of lockdowns. No political demonstrations, no large gathering. And shoot all wild animals with possibility of become reservoirs for CV. I guess it's possible and saving max 120.000 people is a worthy goal, even at the cost of giving the government a precedence for restricting essential democratic freedoms, potentially forever.

OTOH, before CV pandemic each year flu, related viruses and post-flu complications were killing 10.000 people in Poland annually (flu alone much less, this is a statistical issue), and were killing estimated 3500 in Australia yearly (oficially less, again, this is artifact of deaths counting). The lockdowns, border restrictions etc would surely save some fraction of those people. Obviously most people (@SlowRain included) pre-CV pandemic were willing to endure those thousands deaths without lockdowns.

NOW, all of this are just ramblings of bored men :D Do not take me too serious.

@nomadbynature @SlowRain You have the right to decide about your own safety except when you endanger others’ safety.

@nomadbynature @SlowRain In April of last year in NYC when ICUs were full, lockdown was very much justified. Same in Wuhan a few months earlier, and …

@babelcarp let's not confuse initial lockdowns that were implemented to 'flatten the curve' and save health system with what's going on now, e.g. in Australia.

In my mind lockdowns are not a viable option, at the beginning it might have been justified to a certain degree, but now? Who wants to talk about mental health, domestic violence, increased economic disparity, any volunteers?

Have 75,000 people in Poland committed suicide, starved to death, or been murdered by a spouse this year?

@SlowRain
I was referring mostly to poorer countries, but these problems exacerbated everywhere. Not to mention the long-term costs that they cause (not referring to money only).

@nomadbynature @babelcarp
I picked Poland because it was likely to be the one you were most familiar with, but I'll hold that number up to any country in the world. I tend to value human life quite highly, & it's the benchmark I'm using here. The sum total of lives lost has not--& will not--be worth the cost of having people be able to carry on as if nothing is going on when a decent containment strategy could dramatically reduce the deaths.

@SlowRain do you care as much for other diseases' victims? Or have you joined the 'stay safe' club recently?

@nomadbynature
No, you can't. But people may have to go hard for a brief period of time to get things under control. And, after that, there are common-sense precautions they can take to increase safety. Or, they can just do nothing, like some countries have done--with the expected results.

@SlowRain brief period of time? Eh, this ship has sailed long time ago.

@nomadbynature
That ship may have sailed a year & a half ago for countries that weren't prepared, but not for Australia. Had they gone hard, they'd be halfway through a successful containment by now. Because they balked, people are going to die, & the consequences for the others will be more invasive than if they had just rode it out at home. They chose poorly. Hopefully New Zealand doesn't make that mistake.